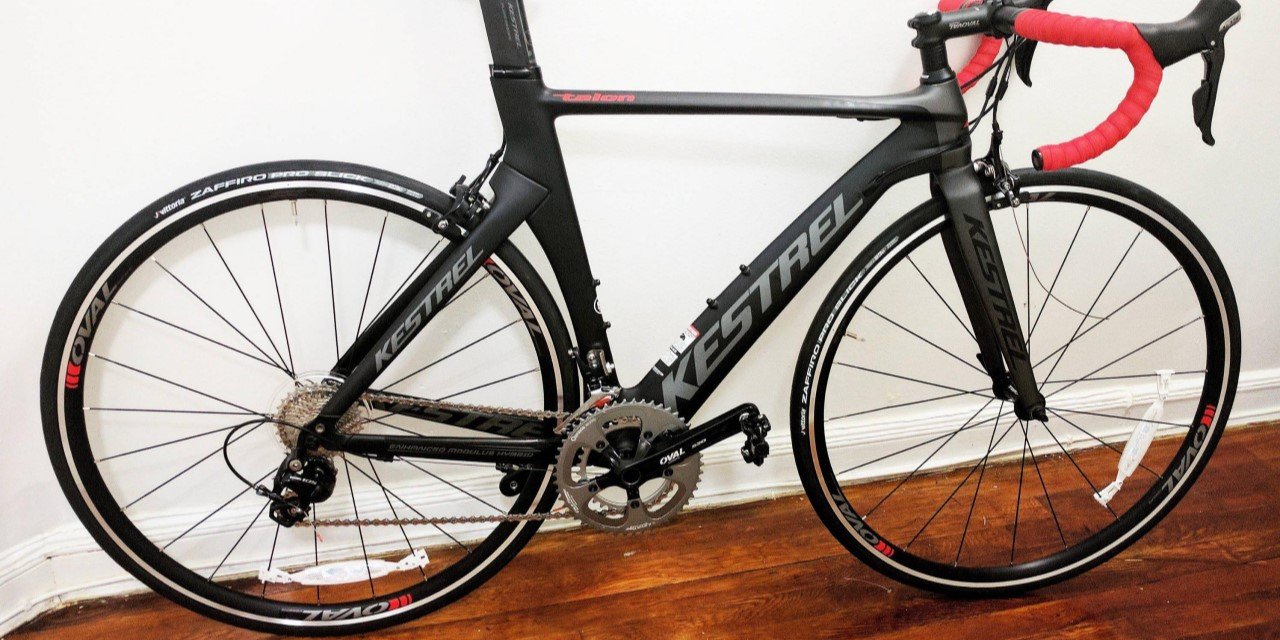 alright guys welcome back to another
video here now I just wanted to show you
guys one of my bicycles this is my
Kestrel Talon and this is a great bike
it’s a complete carbon fiber frame it
does have the aluminum that came with
the aluminum wheels and it’s got the the
aluminum stem now this this bike comes
with the Shimano 105 group set that
Shimano’s middle-of-the-pack caliber
group sets a great group set it shifts
very very well in fact I would say it
shifts on par with my Ulta Gura and
dura-ace component groups the only thing
with the 105 is it is a little bit TAT
it’s a tad bit heavier of a group set
over the old Tegra and especially over
the dura-ace but as far as operation a
great functioning group set now I threw
on a couple of a specialized bottle
cages on here now this is not the
original saddle this is one of my older
San Marco saddles that I put on here
just a very comfortable saddle for me
that I’ve always liked and now I got
this bike with a compact upfront compact
chainrings 50 34 and I’m going to post a
video later on on the channel here
explaining to you guys more about why
I’m a big fan of the compact crank set
in but basically for me it’s a it’s just
simply about being able to keep my
cadence high in a nutshell but I like
5450 34 on my chain rings now the
cassette on this is just a standard 11
to 28 so it’s a pretty good all-around
cassette I would go a little bit higher
if I was going to do some some serious
mountain climbing on this bike the 105
the Shimano 105 derailleur functions
very well now this is a 52 centimeter
bike that’s what I take on a Kestrel and
very comfortable bike I’ll tell you the
one thing I’ve noticed with these cash
flows especially this talent
it’s very it’s very good aerodynamically
I’ve got a descent here near my house
and I’ve probably gone down that descent
hundreds of times literally on my rights
and on all of my different bikes I’ll
tell you what it just seems like I can
go the fastest down that descent on this
town and so this so that tells me that
having hundreds of you know test runs at
that at the descent from all various
conditions and efforts that without
question this talent is a great is a
very efficient good aerodynamic frame
and just a great all-around bike it’s a
good climbing bike it’s good in the
flats it’s good at I’m trying if you
wanted to put some clip-on Aero bars on
here it’s pretty lightweight it’s just a
great all-around bike I love this cash
flow talent I actually participated in
the Green Mountain stage race here this
past September and I actually took first
place on the third stage which finished
on the summit of Appalachia in Gap very
difficult road stage 64 miles almost
6,500 feet of climbing and I won that
race aboard a cash-flow Talon so great
all around bike I love this bike because
it’s got the 105 group side on here and
this is probably the bike that was the
least expensive for me I actually use
this primarily a lot of times now for my
indoor training on my trainers and I’m
going to get I’m going to do a video
here showing you guys my Swift set up to
here at some point soon but I use it now
for my Swift training sessions here
indoors and I also will use this now on
a really bad weather day or early spring
late fall if we get some snow maybe some
salt on the roads you know I’m from
northern New York here so dealing with
snow and salt is definitely something
that I have to do quite frequently so
just wanted to give you guys kind of a
quick spec rundown look at this casual
talent very good bike
I got this for I think it was I think it
was $1400 bought it on bikes direct.com
tell you what if you’re looking for a
bike and you know your sizing and you
know what you’re looking for
bikes direct is a great resource to get
good bikes I would venture buying this
bike with the 105 group set at a bike
shop
I don’t see how you could get it less
than 2 grand probably so about it for
1400 on bikes direct just a really good
bike want to show you guys the bike real
quick if you’re looking for really a
great all-around bike you can’t go wrong
with one of these cash for talents so
thanks again guys for tuning in and I’ll
see you guys in the next video 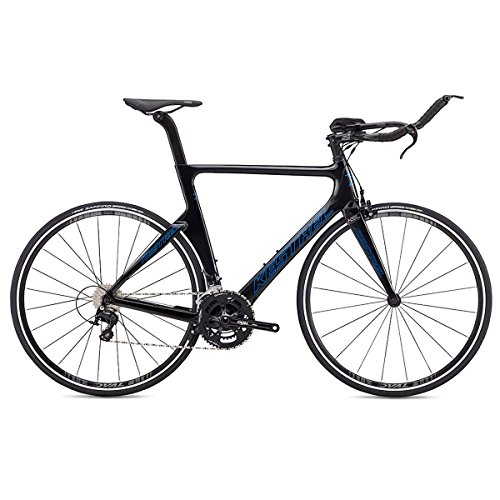 When it comes to cycling, a great option is the Kestrel bicycle. This model has a design that allows cyclists to move their legs in the wind and to move faster on the bike, while being protected from the impact of other bikes and road debris. This is a great option if you are someone who is going to be using a bicycle for a long time and one that can handle both a windy day and a bumpy road.

The Kestrel bike is not something that is designed to be cheap and does not have all of the features you will find on more expensive bikes. However, there are many good reasons why you should consider getting one of these bikes. First, they have some great built in features that will help keep your bike safe and comfortable. Second, they also have a very comfortable handle that makes it easy to ride and it also features a built in kickstand to make it even more secure when you are riding on rough terrain.

The Kestrel is not a sport bike, so it will not work as well on a road or mountain bike. It will not work as well on a hybrid bike either because it has a much longer wheelbase and because it is not as upright as a standard bike. However, it does work extremely well with hybrid bikes, and it will be fine for most of the bike’s other uses. It works great with mountain bikes and is one of the best options for anyone who wants a comfortable bike that is light weight and has great features.

The Kestrel bicycle is perfect for anyone who lives in a windy area. It is not a lightweight bike, so you should expect to pay about half of what it would cost on a bike like the Crossflow. If you have a windy area where you plan on biking often, this may not be the bike for you, but if you are just planning on using it once in a while, then you will not be disappointed with the quality of the Kestrel. It is also not recommended for use on a path that is very rough and has sharp edges as you can expect to lose control of the bike and fall off.

If you are looking for a new bicycle, but do not want to spend too much money, the Kestrel is the perfect choice. They are very easy to ride, comfortable to ride and have the same features as more expensive bikes but for a fraction of the price.

Check out the website for this bike to get a good selection and see if it is the right one for you. You can see reviews and photos of the different models so that you can make an informed decision.